HomeOur Tools of Resurrection — The Dictionary of Lost Words 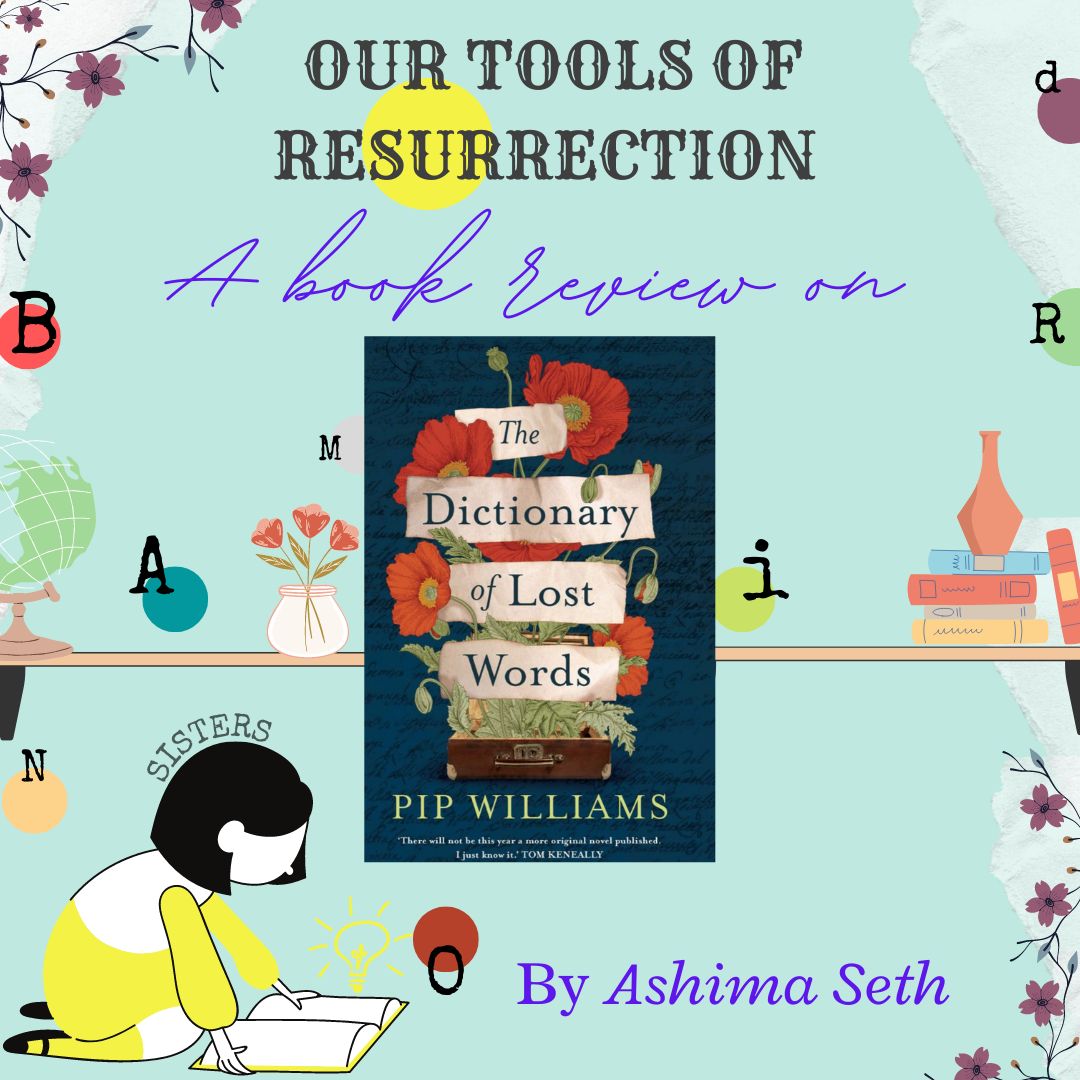 Our Tools of Resurrection — The Dictionary of Lost Words

“So difficult it is to show the various meanings and imperfections of words when we have nothing else but words to do it with.”

In 1857, the Unregistered Words Committee of the Philological Society of London decided to succeed Samuel Johnson’s Dictionary of the English Language, 1755. Sir James Murray and his group of lexicographers took 40 years to publish the first volume (the letters A and B) only to find out later that one word was missing from the first edition. The word that was found missing was “bondmaid” and no one knows how that happened. However, this episode in the history of Oxford English Dictionary was enough to inspire Australian author, Pip Williams, to give her fictional narrative in her debut novel The Dictionary of Lost Words, a historical fiction set across four decades from 1887. The novel retells the compilation of OED’s first edition through her fictional protagonist Esme, the daughter of one of the lexicographers working under James Murray. This book began with two simple questions: Do words mean different things to men and women? And if they do, is it possible that we have lost something in the process of defining them?

Esme, a motherless child, grows up beneath the sorting table of Scriptorium, a real garden shed where Sir James Murray and his team of lexicographers compiled the first edition of OED. Her presence in the room is unseen and unheard. One day, she notices a slip containing the word “bondmaid” fluttering to the floor and flying towards her unclaimed, fascinated by the slip she immediately pockets it. From there onwards, Esme begins collecting more words that the editors have neglected or lost. As the story begins to unfold we see, young and capricious, Esme realizing that some words are considered more important than others. Dissatisfied by this neglectful treatment, she goes to the streets and interacts with poor working-class women to collect words that are considered “common” and “vulgar”. However, through her interaction with these women, she finds out that words and meaning related to women’s experiences are often unrecorded and considered unimportant and decides to make her own manuscript of “Women’s Words and their Meanings.”

Throughout the novel, we see the role of words, their importance and their necessity not only in Esme’s life but the life of every other character in the book. The word “bondmaid” itself is powerful because that word acknowledges the unacknowledged: Lizzie, an Irish maid who is not much older than Esme, however, is an important part of Esme’s life. Even when everyone leaves, Lizzie stays with Esme till the end. Lizzie is her “bondmaid”, ‘which means a young woman bound to serve until her death’. As Williams explains in her author’s note, the uses of the word “bondmaid” had been supplied by members of the public — which was an important part of how the dictionary was compiled in the first place — but the chit showing the final definition is still missing from the archives today. However, imaginary Esme serves the process carefully, remaining inconspicuous, as she begins collecting lost and forgotten word slips. Even as a child and later as an adult, Esme knew the importance of these abandoned words. She knew every neglected word had a meaning that was special for someone else. She knew that every lost word serves a meaning, has its own importance and needs. She realizes that those buried words have their own history that is just not important enough for these ignorant Dictionary men. Hence, Esme resolves to ensure that these important words are not lost or buried, that they need to be rescued and she will be the rescuer and starts collecting those chits in her maid’s trunk. Esme takes us, readers, with her on her journey of the formation of the pivotal ‘Dictionary of Lost Words’, a book that holds just as much importance as the Oxford English Dictionary in her eyes. The Dictionary of Lost Words is a story that exposes the weight of words and above all, it is a celebration of the English language. Through the fictional retelling of the Oxford English Dictionary, Williams is able to bridge the gap between linguistics and literature.

Through this novel, we as a reader realize the importance of words in our lives. As Yehuda Berg famously said “Words are singularly the most powerful force available to humanity. We can choose to use this force constructively with words of encouragement, or destructively using words of despair. Words have energy and power with the ability to help, to heal, to hinder, to hurt, to harm, to humiliate and to humble.” What is a life without a word? We forget how necessary words are in our lives, how beautiful, meaningful and sometimes impactful they can be. A simple word can start a story, can spark a conversation, can end a conversation, can change the meaning of everything. In a logical sense, words are important because we need them to communicate, but the way words are presented, spoken, and written is a whole different level of communication. Words have the ability to move something inside us, they can bring life to a sentence, meaning to a conversation, and be a part of our history. As Aunty Edith, a vital character in the novel famously says: “Never forget that, Esme. Words are our tools of resurrection.” Esme realizes that and she understands that these words are very important because they are her legacy, her book will keep her alive, even when she is long gone. The word bondmaid will keep Lizzie alive even when society has already overlooked her presence, she knew words like lie-child will keep Meg alive, just like Esme did. She knew words like morbs will record the pain a mother has to go through as she sends her son away in a war. How the word will keep a record of the anxiety and fear felt by the people they left behind. She knew words like sisters will give a whole new meaning to the fuelling desire for a financial and personal agency that has brought women together to start a war against a neglectful male-dominant world. She taught us that we can’t let ourselves forget how important words are. Whether it’s what we say or what we write, we can’t forget the power that our words hold, that they tell our stories as individuals as well as a whole, who use the same words to narrate our stories. Esme taught us that words can change someone’s life as they changed hers:

“Words are like stories, don’t you think, Mr Sweatman? They change as they are passed from mouth to mouth; their meanings stretch or truncate to fit what needs to be said. The Dictionary can’t possibly capture every variation, especially since so many have never been written down.”

Moreover, The Dictionary of Lost Words is more than just a narration of the Oxford English Dictionary. It is a resurrection of a time when women were unseen and unheard. Just like Esme, they were surrounded by men who subjugated and oppressed their gender. As Williams states: “Over 90 per cent of the references [in the dictionary] were written by men. It was a gendered text.” Through Esme’s story, Williams gives a record of unrecorded words. Words like morbs meaning “a temporary sadness”, lie-child meaning bastard child, and, last but not least, bondmaid meaning “slave girl” is very significant in Esme’s life, as they are not only lost words but also a prediction of how her life will unfold. However, these words also help Williams to document significant changes in history. Through female characters like Tilda, Mabel, Lizzie, Edith and lastly her daughter Meg, Williams highlights the shift in gender politics and gives us an insight into the importance of every lost word. For Esme and Williams, the words change over time but they all have their own history. For instance, words like “sisters” are not only used for blood relations:

Just like Pip Williams, the author, we all have a unique relationship with words and dictionaries.  We love them, we hate them, we get confused by some meanings, we get delighted by some. There is always a fascination with the English language and how it works, how writing words down or spoken in a particular way can create a rhythm, conjure an image, or express an emotion. Through Esme and her creator, William’s search for a story, we see that words consist of vibration and sound where these vibrations and sounds create the very reality that surrounds us. Words are the creator; the creator of our universe, our lives, our reality, our history and without them, thought can never become a reality. In the end, from local suffragette to the desire of personal agency, from the loss of a mother whose son died in WWI to a woman who has to give up her only daughter because of her illegitimacy. The creative storytelling genius that is Pip Williams encapsulates what it means to be a woman, and through time and space, she magically retells us a story that is quite often left unsaid, a story of words. In the end, Esme’s collections of words, in all their forms, trace society’s changing attitude and question its legitimacy and create her legacy. 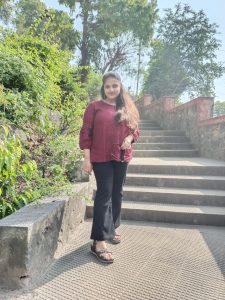